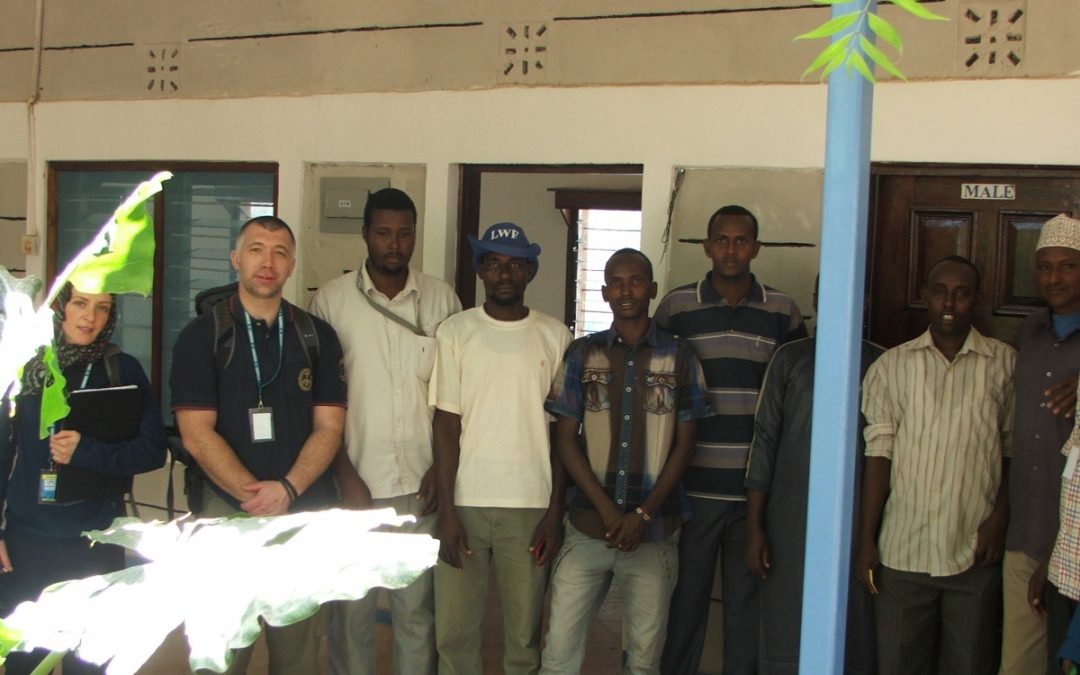 In March 2014, FIRE AID member Operation Florian deployed a specialist team to the UNHCR refugee camp in Dadaab, northern Kenya situated approximately 60km from the Somalian border. The team were deployed in response to a request from the UNHCR camp management team for Operation Florian to conduct a fire needs assessment of the fire management systems and framework within the camps with regards to improving response and identifying more effective prevention and preparedness measures. 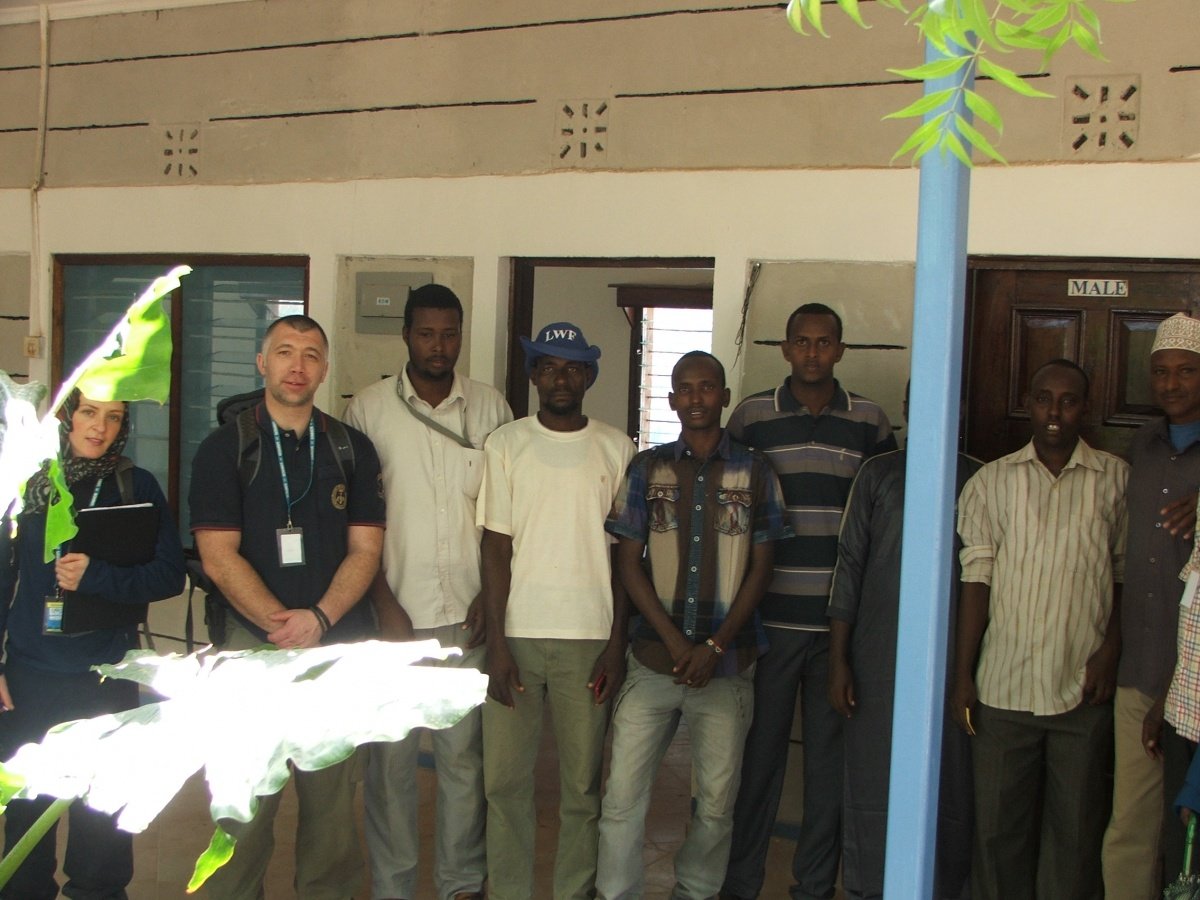 The refugee camp in Dadaab is now one of the oldest and largest refugee camps in the world with a total population of 450,000 Somalian refugees settled in 5 major camps. Over the past couple of years there have been several outbreaks of fires within the camps which have caused significant damage and increased concern as to how to prepare and respond more effectively. Two of the most recent fires which occurred in the past 6 months were the market fire in IFO1 camp which is estimated to have caused 5.5 million Kenyon shillings of damage and destroying 55 markets stalls. The second major fire occurred in the first week of January 2014 in which the MSF medical store based in Dagaharley camp was completely destroyed causing an approximate loss of 700,000 euros of medical supplies. Tragically, in most of the cases the fires were left unattended for a number of hours due to a lack of any available specialist response.

The expert team comprising of George Bryant, Steve Jordan and Joanne Musgrave – each with a wide range of overseas development experience with Operation Florian and working with other international development agencies such as the MSB Swedish Civil Contingencies Agencies – were tasked with conducting a 5 day study and review of all aspects of fire management within the camp management and structures.

The structured itinerary established by UNCHR Field Security Officer Michael Makova enabled the team to visit all the camps and meet camp elders, community peace and protection team members and other key camp, UNHCR and NGO leaders. Being able to conduct field research provided the team with a unique opportunity to understand the challenges, issues and local experiences. Critical to the field assessment was the opportunity for community leaders to offer the team their own insight to what possible solutions could be offered not just in terms of providing response but how planning, education and other prevention initiatives if supported could have a real impact in saving lives and reducing the potential for fire damage. 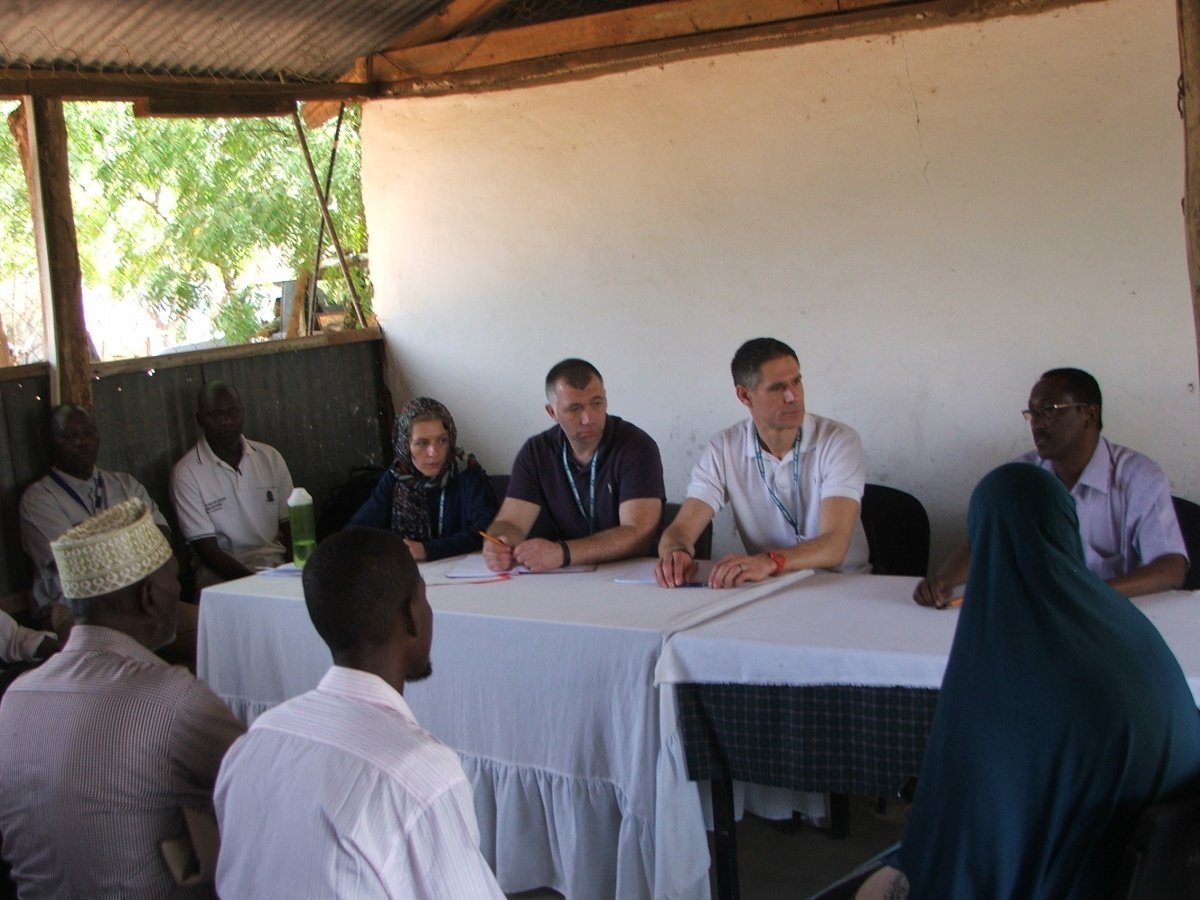 A further challenge during the assessment was the security of personnel at all times which was expertly managed by the UNHCR security team.  But most importantly what stood out to the assessment team was the commitment and courage of residents within the camp to recognise the challenges and dangers they face and seek their own solutions.

As is the tradition of the fire service further assistance was offered to a number of NGOs who had compounds within the main Dadaab compound.  The team gladly offered to assist with fire risk assessments and fire extinguisher training was delivered to staff working for Handicap International and FilmAid.

At the end of the week the team presented their initial findings and recommendations to all heads of NGOs and UNHCR management and a final report has been sent.  As a further interim measure to support the capacity building of a fire response firefighting equipment is planned to be donated to UNHCR to assist with adapting existing vehicles for firefighting purposes and providing protective clothing.

It is important to remember Operation Florian originated from working in refugee camps and even though it has conducted projects all over the world returning back to its origins has provided an opportunity to reflect and demonstrate its ability to assist in a range of areas and environments.

Finally, the team want to provide a massive thanks to all the UNHCR staff, NGO staff in particular Andrew Burridge (Centre for Vistims of Torture), camp elders, CPPT team members and other residents for making the team welcome, safe and offering a important insight into the issues that affect them all to enable such a comprehension assessment to be completed. We have no doubt that there will be future opportunities to carry on the support so needed in Dadaab and possibly elsewhere.