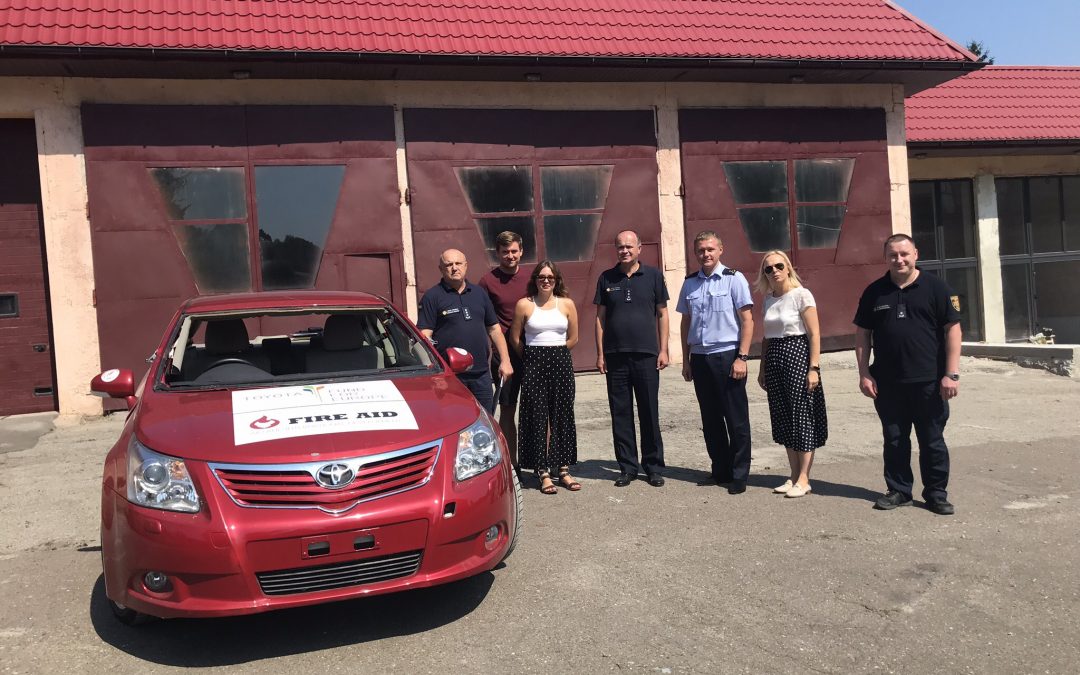 Following 4 successful years in Moldova where it served as a useful training tool for fire fighters in post-crash response, a partnership between Operation Florian and the Eastern Alliance for Safe and Sustainable Transport (EASST) has now seen FIRE AID’s transformer car donated to Ukraine where it will get a new lease of life at the Lviv State University of Life Safety, the country’s national fire-fighting training school. 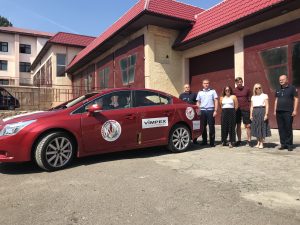 The transformer car is a reusable training simulator originally funded by UK-based fire industry suppliers, Vimpex and Primetech. It allows instructors to demonstrate life-saving extraction techniques without destroying the structure of the car. Elements of the car have been pre-cut for training, which allow them to be easily dismantled when performing training exercises.

This road traffic collision (RTC) extraction-training tool had been used for a number of years by FIRE AID member Operation Florian in Moldova as part of a wider project with EASST and the Automobile Club of Moldova which saw the delivery of 63 modern RTC sets as well as training to over 1,200 fire fighters with the aim of improving the country’s capacity for post-crash response.

EASST’s Regional Director, Serghei Diaconu, based in Moldova, said: “The transformer car has been an excellent tool for the fire service in Moldova to learn extraction procedures and to improve their practical skills. Before the transformer car, during training they used very old disbanded cars (mostly from the former Soviet time) and manually cut them in order to learn. These cars did not represent the type of cars currently driven in Moldova and therefore were not accurate or relevant to real life situations. Over 600 fire fighters were trained using the modern transformer car providing them with the technical knowledge and skills to extricate a casualty quickly and safely using international recognised standards.”

In August 2019 FIRE AID’s Claire Hoyland visited the Lviv State University of Life Safety with in-country partner Oksana Romanukha of the Road Safety Support Foundation to discuss further plans for training with the car. In October 2019, funded by the UK Embassy in Ukraine, 20 fire fighters from two major regions of Ukraine, Poltava and Zhytomyr, will receive dedicated RTC training using the transformer car and other modern extraction equipment donated through FIRE AID. The project brings together founding FIRE AID members, Kent Fire and Rescue Service, United Kingdom Rescue Organisation (UKRO) and EASST who have all been working across these regions in Ukraine for a number of years. Fire fighters from these regions will train together to gain internationally recognised instructor qualifications so they are then able to train others across their region.

We would like to thank Operation Florian and EASST for their support in delivering the transformer car to Ukraine, and project managers Oksana Romanukha, Roy Barraclough and Michael Pitney for their tireless work and dedication to the delivery of the car.