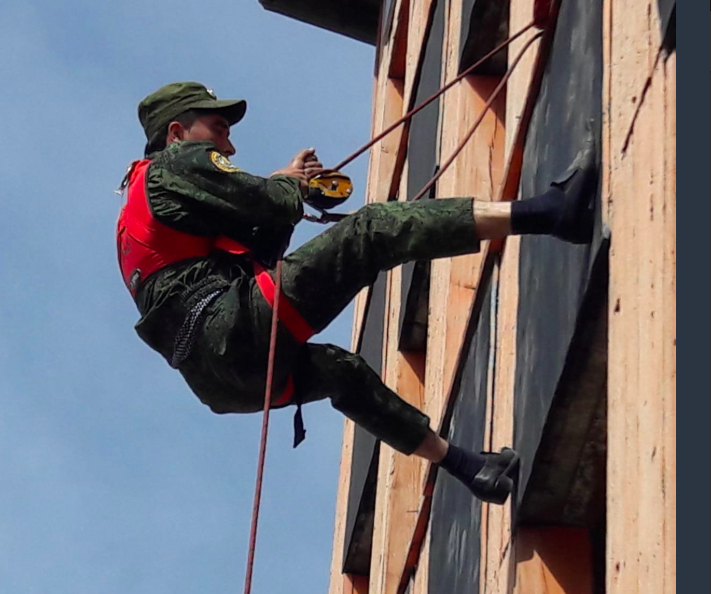 In March 2019 a team of three instructors from FIRE AID’s member organisation Staffordshire Emergency Services Humanitarian Aid Association (SESHAA) supported by Staffordshire Fire and Rescue Service, travelled to Tajikistan to provide training to 20 male fire fighters in rope rescue. The team worked alongside another FIRE AID member, Women in the Fire Service (WFS) who were providing parallel training in rope rescue to female search and rescue teams, the first of its kind in Tajikistan.

SESHAA has been working in Tajikistan since 2015 and has established a great understanding of the needs of the fire service as well as a productive on-going working relationship with the service. SESHAA’s team of instructors identified the need for training and equipment in the area of rope rescue to improve the rescue time for road traffic casualties in November of 2017, given that over 1,500 people die annually from road incidents in Tajikistan, which is home to one of the world’s highest and treacherous roads, the Pamir Highway. The Pamir Mountains are an area of increasing tourism but extremely remote and therefore difficult for emergency services to access without relevant rope rescue training and equipment to reach casualties.

The team provided 7 days of training for over 20 fire fighters at the Dushanbe fire service training centre. Throughout this week the team provided theoretical training in water rescue, ahead of an expected further donation of water rescue equipment in June 2019, as well as extensive training in rope rescue including fall arrest, work positioning, and extracting a casualty using low angle stretcher management alongside first aid. The training was accompanied by a large donation of rope rescue equipment, stretchers and other first aid equipment from UK fire services, South Yorkshire and Kent fire and rescue services. As well as equipment from Hightworks in Wolverhapton. 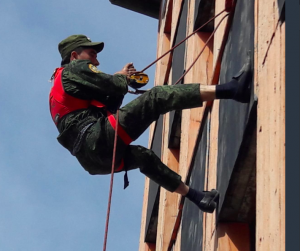 SESHAA lead instructor Matt Jenkinson said: “the training and equipment was very well received, we quickly found that practical training was preferred and tailored our training programme to reflect this. The hospitality we received was amazing and we immediately felt like we were amongst friends.”

During this training our team of SESHAA instructors introduced the basic theory of water rescue but it was clear that the fire service would benefit from a follow up project, which would include the donation of water rescue equipment and provide water rescue training. Matt observed: “there are several dangerous roads that run alongside rivers across Tajikistan. The water rescue element is the next step which would compliment the skills and equipment already donated.”

The project was funded by the UK Embassy in Tajikistan and brought together FIRE AID members; The Eastern Alliance for Safe and Sustainable Transport (EASST), WFS and SESHAA.  The project was supported by in-country partners; AKAH and The Young Generation Tajikistan (YGT).

We would like to extend our special thanks to Commissioner Danny Cotton, Tom George, David O’Neill and Richard Abbot of LFB. As well as project managers, Paul Radcliffe, Ron Morley and Alf Wilson of SESHAA and Serghei Diaconu of EASST. A final thanks to HMA Hugh Philpot and Jonathan Layfield of the UK Embassy in Tajikistan for your ongoing support. 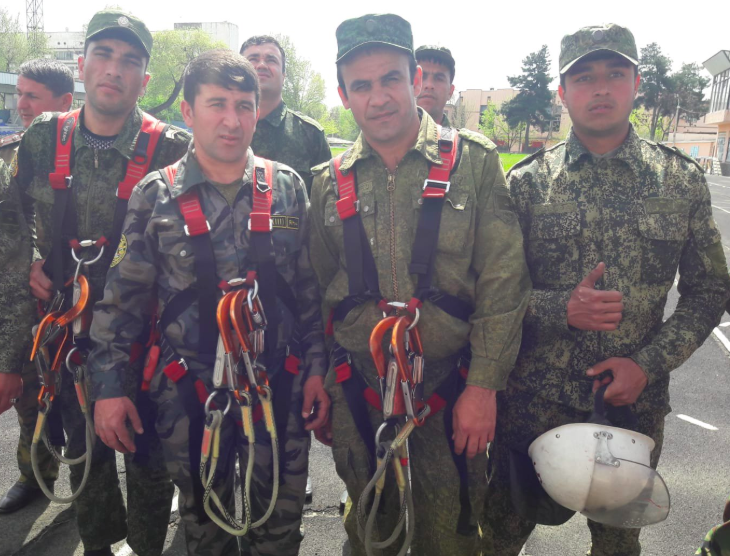