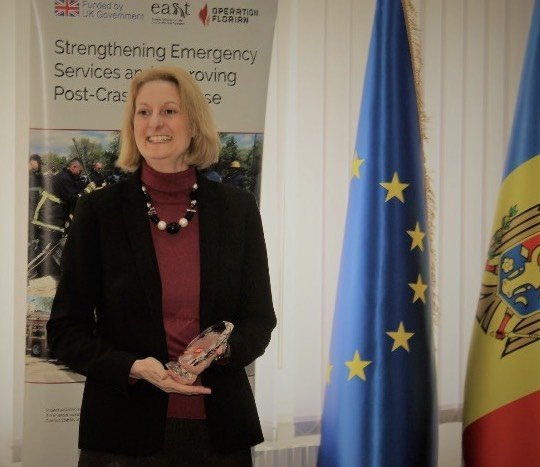 On Friday 29th March 2019 a closing event was held at the General Inspectore for Emergency Situations (GIES) in Chisinau, the event marked the end of a successful 5-year partnership with FIRE AID and International Development. Over the last 5 years two of our founding members, Operation Florian and Eastern Alliance for Safe and Sustainable Transport (EASST), supported by in-country partners, the Auto Mobile Club of Moldova (ACM), have delivered valuable equipment and training across multiple principles to the fire service in Moldova, our work has saved over 200 lives already.

The project, which was funded by the UK government’s Conflict Stability and Security Fund (CSSF) worked with emergency services on both banks of the Nistru river to build pathways for engagement between Chisinau and Tiraspol, previously non-existent due to the political division which inhibited emergency response cooperation. Throughout the project both GIES and the Fire Safety Unit of Tiraspol have collaborated to complete joint training on water rescue, fire science and incident command. Firefighters from both sides of the river remarked: “we will work actively in-partnership in future’ stating they had built mutual respect and friendship as well as learning from each other over the joint trainings.

The same message was echoed at the closing event by Vasile Magu, from the Bureau of Reintegration who stated: “When it comes to saving lives there are truly no borders” and General Harabagiu who remarked: “The river does not divide the emergency services when it comes to saving lives” The event brought together all project partners to celebrate this collaboration, in attendance was HMA Lucy Joyce, Vasile Magu the Bureau of Reintegration, General Harabagiu GIES, Roy Barraclough Operation Florian, Claire Hoyland EASST, Tatiana Mihailova ACM, Vadim Shmalenko  the Fire Safety Unit of Tiraspol and Oleg Malashevsky who managed the project on behalf of GIES, amongst other guests and media.

As well as building relationships between emergency services on both sides of the river, the project has also donated hundreds of thousands of pounds worth of equipment from UK fire and rescue services. Amongst this 21 modern fire appliances, 18 of which were donated to GIES and 3 of which were donated to the Fire Safety Unit of Tiraspol, over 30 sets of road traffic collision cutting equipment and hundreds of sets of personal protective equipment and breathing apparatus, in Tiraspol we were able to provide the entire fire service with at least one set of breathing apparatus each. The event also marked the donations of 2 water rescue boats donated from South Wales Fire and Rescue service, 1 of which was donated to GIES and 1 to the Fire Safety Unit of Tiraspol. 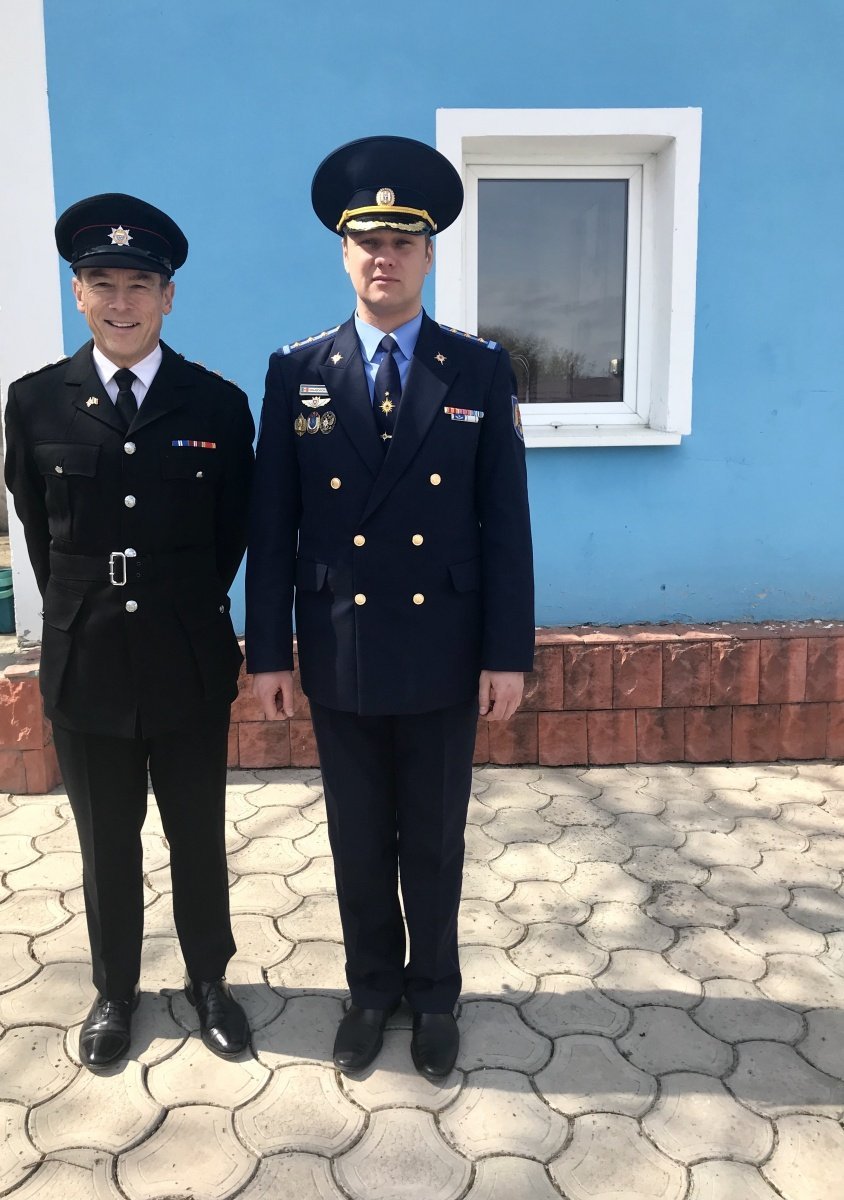 Although the main project work has been with the emergency services in the Republic of Moldova, working closely with the ACM and EASST the project has enabled over 2,500 school children to be educated on road safety through lessons coordinated by the ACM and delivered jointly between the Police and GIES. As a result of this successful work EASST’s road safety education pack is now a part of the national curriculum, and will be shared with school children across the country.

The project in the Republic of Moldova to improve the emergency services capability to respond effectively to incidents has been one of FIRE AID’s proudest achievements. Since 2013 road traffic deaths in Moldova has reduced by 61%, a large part of this reduction can be accredited to our work with the emergency services and the ACM’s lobbying and campaigning to change laws and improve law enforcement in Moldova.

Our thanks once again to our project funders, the UK Embassy and US Embassy in Moldova and our project partners, Operation Florian, ACM and EASST. Further thanks to the UK fire and rescue services who donated equipment and provided instructors and volunteers, Kent, East Sussex, West Sussex, South Wales, Tyne and Wear, Manchester and Surrey fire and rescue services amongst many others. Lastly, our thanks to GIES and the Fire Safety Unit of Tiraspol for your support, enthusiasm and professionalism over the last 5 years without this the project could not have succeeded.